On the 10th of September I accompanied friend from work Nick Hopman to view the America’s Cup races at Marina Green.  We drove down in the morning passing through the 101 traffic and arriving on the Embarcadero around 10:45am.  As we rounded AT&T park a recognizable image of an AC72 wing appeared on the horizon.  The wing was 145 feet tall and was mounted to the AC72 ETNZ, aka the kiwi’s. 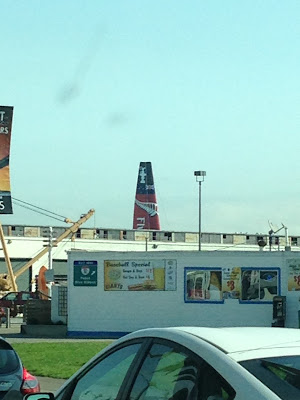 As we continued to fight the traffic to the AC village we came across the shining beauty of the AC72 Luna Rosa.  She as beautiful to see in the sunshine. 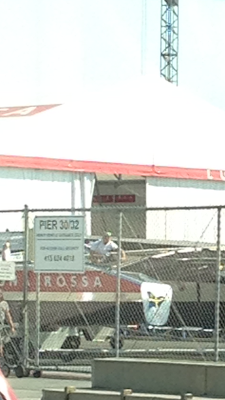 It wasn’t long before our drive found us gawking at Larry Ellison’s $38Million number 17, the defender of the America’s Cup being towed to the AC Village.  We followed taking as many pictures as we could until we found parking on the Embarcadero. 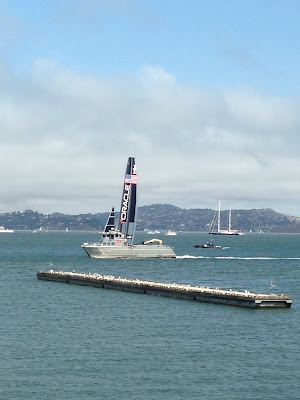 Once we arrived at the AC Village we saw both the boats being prepared in the bay for the upcoming race. We grab a cab and went out to the Marina Green where our seats were located. 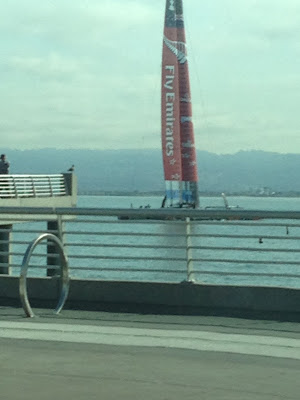 Once at the Marina Green we saw  the AC45 from Oracle (pre-race leading to the America’s Cup).  We stopped and took a photo next to the cheating boat that cost USA-Oracle the 2 point deficit and ½ the crew. 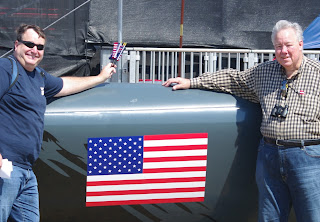 Figure 1. Terry and Nick on the AC45 boat that cheated and lost the America's Cup points for USA Oracle

Once we arrived at our seat we found the Flying Moth Open Championship was underway.  Pictured below is the US leading Australia in the championship race. 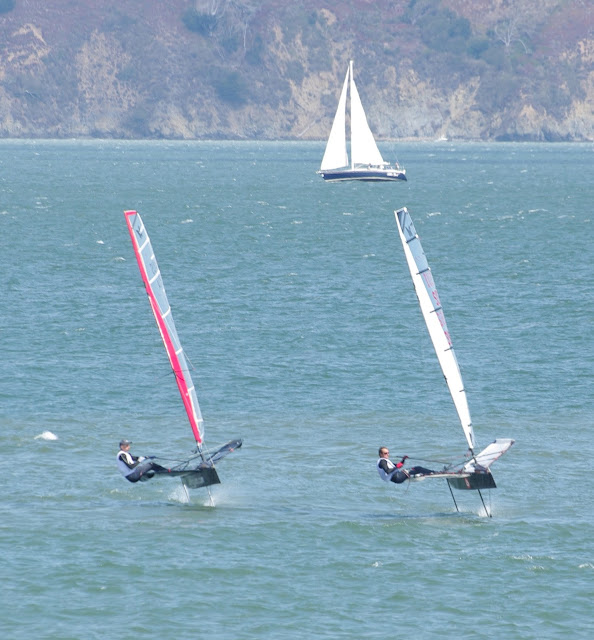 Figure2: Flying Moths out racing before the AC72's

As the start of the first race counted down the two AC72’s jockeyed for position. When the starting gun went off USA-Oracle had successful pinched up the New Zealand Challenger allowing the USA to take the lead. 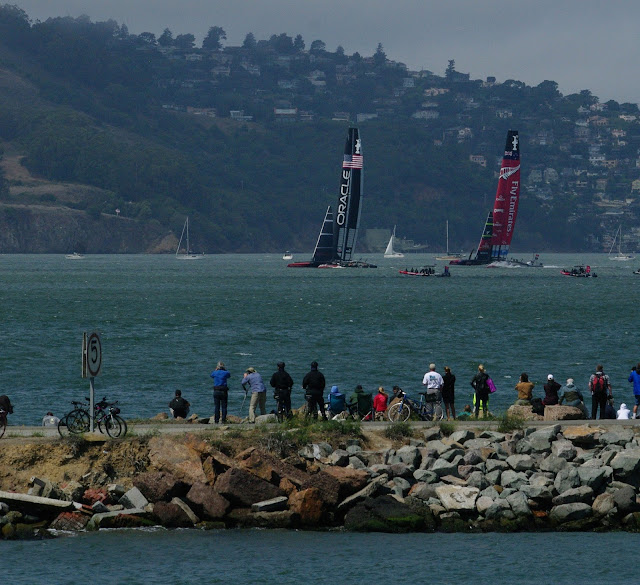 Within moments of rounding the first mark Oracle was up on her foils and screamed passed us a 44.4 knots or 49.7 mph.  Leading the kiwi’s all the way toward Alcatraz Island. 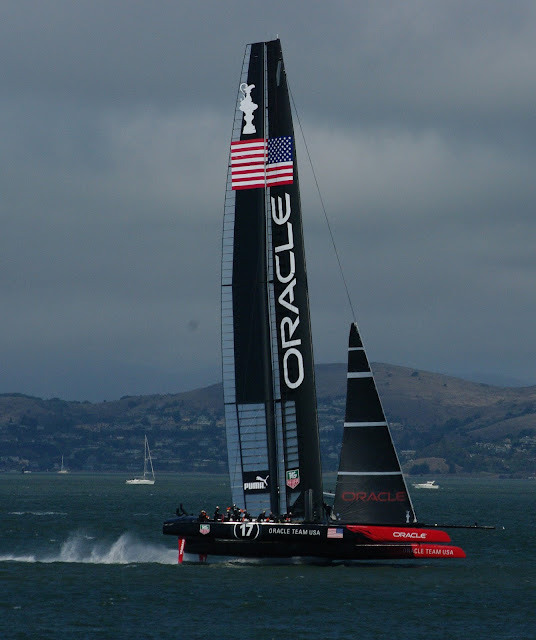 Figure 4: Oracle up on the foils beat the kiwis.

But all was a miss on the next turn when John Kostecki (SF native) made the mistake of trying a foiling tack, 270o turn toward Alcatraz Island to escape the current. Although his intentions were good the team didn’t execute the risky maneuver and Oracle  fell off her foils allowing the kiwi’s to pass quickly by. 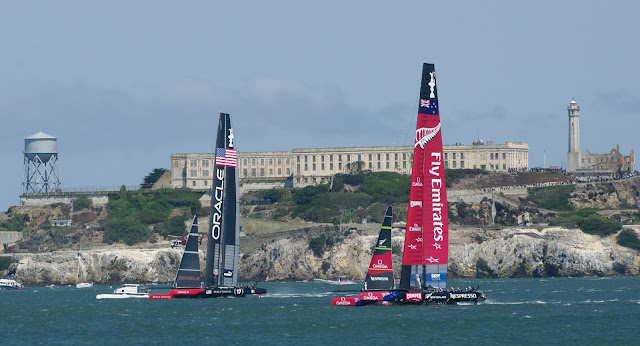 Figure 5: Kiwi’s on the upwind leg ahead of Oracle moving to the upwind mark.

By the time the Kiwi’s had reached the upwind mark and made the turn they had a full 1.3 KM between them and Oracle. The Kiwi’s made the turn, and rose up on their foils on a lop-sided drag race to the finish. 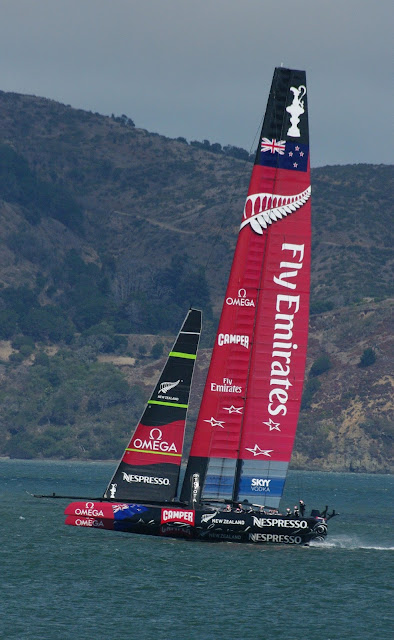 The Kiwi’s readily won the first race by over one minute between the two boats.  After changing their headsail Oracle pulled out their one time use delay race card which cancelled the second race of the day. The Oracle Skipper Jimmy Spithill later said in a press interview, “We need to go back and regroup. We feel they have an edge on us at the moment, especially upwind. We need to do a bit of work here and we’re going to play the card, strategically, and hopefully improve in time for the next race.”

Impact of wearable computing on the race was clear.   Both skippers had up to the minute reports on weather and puff’s streaming to their wearable devices.  As shown in the picture here the afterguard were all wearing orange armbands with iPad’s linked to systems on the boats showing telemetry. 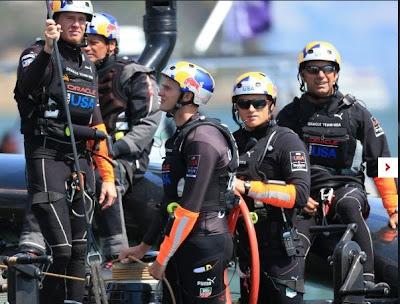 The item that fascinated me was the fact that the USA is now behind 4 races and use wearables while the New Zealand team didn’t use them at all and has won the majority of the races.  What it shows is that perhaps having the wearables doesn’t guarantee you a victory. Overall a good trip and a nice day.

Posted by S/V CarolMarie at 4:52 PM No comments: