While rummaging the drawers in the CarolMarie during the Covid-19 lockdown I found the three VHF handheld radios I bought between 2010 and 2012.  Each of the radios had the same features:

The three radios were the West Marine Submergible VHF 150, Uniden Atlantis 200, and the Standard Horizon Floating HX290.  All three were kept in a bottom drawer near the floor of the cabin.  I decided to conduct a test which began with charging the three for 12 hours, followed by a operational volume test on a weather channel for 2 hours, finally a test of receive and transmit periodically on channel 16.  The third test criteria include the specification that the radio last for at least 8 hours which should cover a shift at sea. 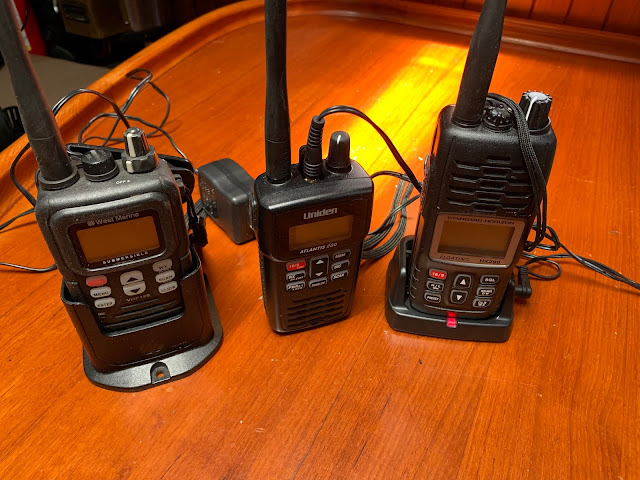 Right off the bat the West Marine VHF 150 failed the charging test.  Both sides of the charger connector suffered extreme corrosion.  Although trying to remove the corrosion there wasn't anything I could do bring the radio's charging station back to life.  The corrosion is shown in the photos below. 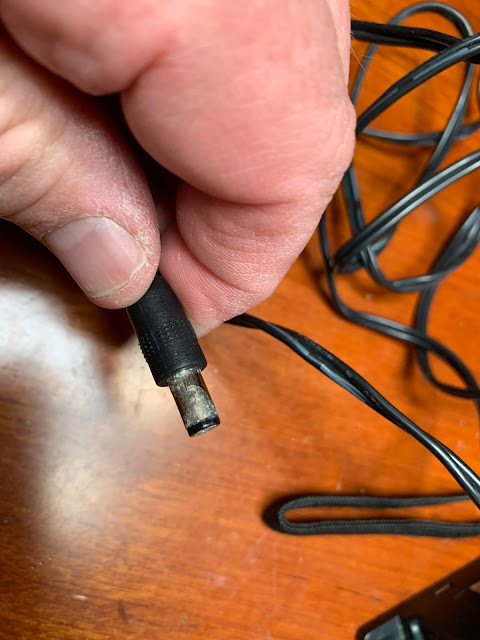 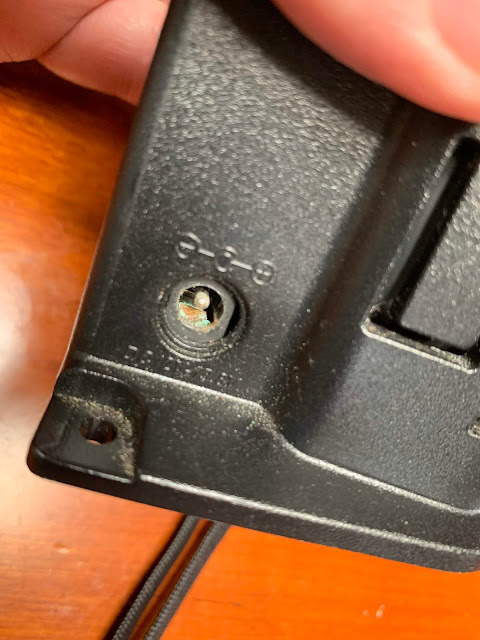 I brought the West Marine radio back to the house and removed the connectors on both sides, then directly soldered the charger to the internal charger stand's PCB.  The charger then worked without a problem.

The next test was to have both the Standard Horizon and Uniden radios charge for 12 hours.  Both radios were able to fully charge and showed a full battery level at the end of 12 hours.

The two radios were then turned on and tuned to weather channel #2, and remained on for 2 hours at there highest volume. 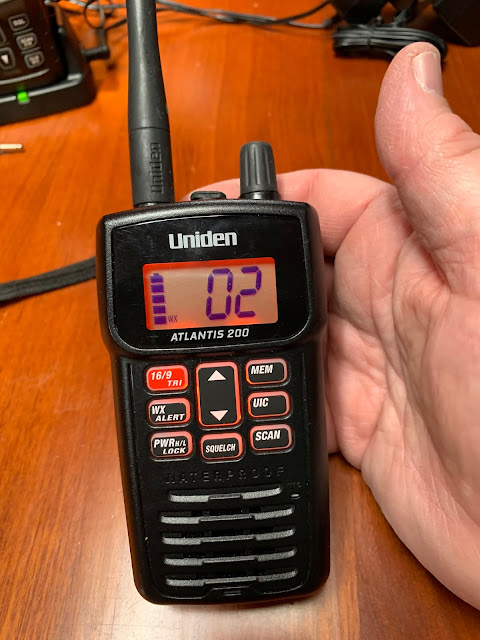 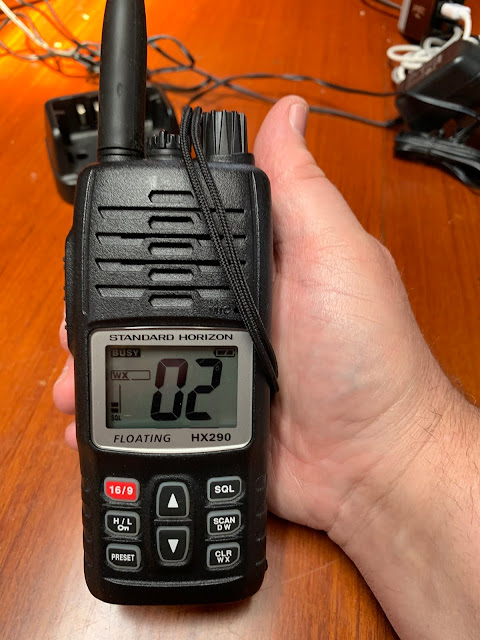 The purpose for this test was to simulate a mariner listening to posts of incoming weather fronts which maybe hazardous while at sea.  Both radios performed well through the tests.  The signal was clear on both radios from beginning to end of the 2 hour period.  Despite being on for 2 hours neither radios battery indicator showed anything but a full charge.  Both radios were then placed back on their chargers for another 12 hour period before the next test began.

The next test was to monitor channel 16 for a full 8 hour shift with occasionally transmissions on channel 69.  The first four sentences of Moby Dick were readout on channel 69 on each radio every 30 minutes as part of test.  Then the radio was set back to channel 16 until the next 30 minute period was up.

At the end of the 8 hour test both the Standard Horizon and the Uniden continued to to work flawlessly and had plenty of power.  I was surprised because I thought with these older batteries neither would have the capacity left over, yet both did.

I decided to continue the same testing procedure until one of the two radios failed to perform.  After 14 hours of total test time the Uniden Atlantis 200 had problems transmitting and failed the test.  You can see in the photo below the single battery bar left on the screen.  Shortly after taking the picture the unit stop working and was placed back on it's charger. 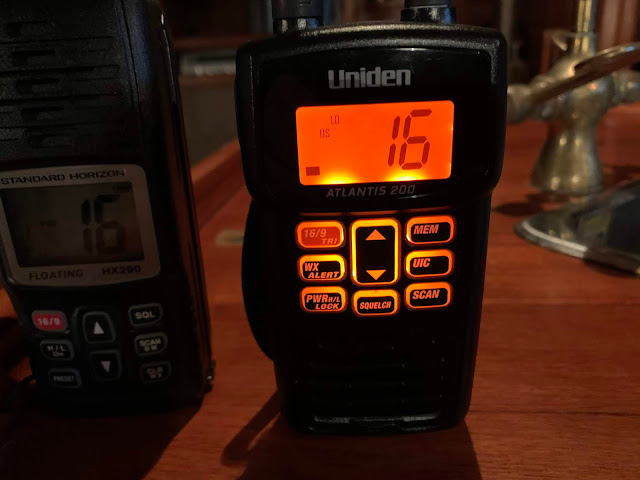 So after 8 to 10 years the Standard Horizon HX 290 and the Uniden Atlantis 200 still performed as needed, and I will conduct the same test in another decade, stay tuned to see what holds up.
Posted by S/V CarolMarie at 10:59 PM No comments: