While sitting in yet another meeting at work I have found that I can actually enjoy looking at other ships crossing the oceans of the world.

I recently pulled down an app, for free, then later paid the updated services of Boat Watch.  Boat Watch is an app on the mac that tracks and plot ships based on their AIS transceivers.   Boat Watch is from PocketMariner.com.  They have basically color coded each of the types of water craft reporting an AIS signal so you can pin point them in the chart.  Here's what the legend looks like: 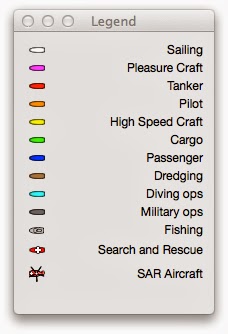 They don't seem to really differentiate the Sailing vs Pleasure craft.  I have seen a couple of pleasure craft that were sailing but labeled as pleasure.  I guess that doesn't really matter too much.

Here's a look at the projection on the Columbia River Bar near Astoria, Oregon. 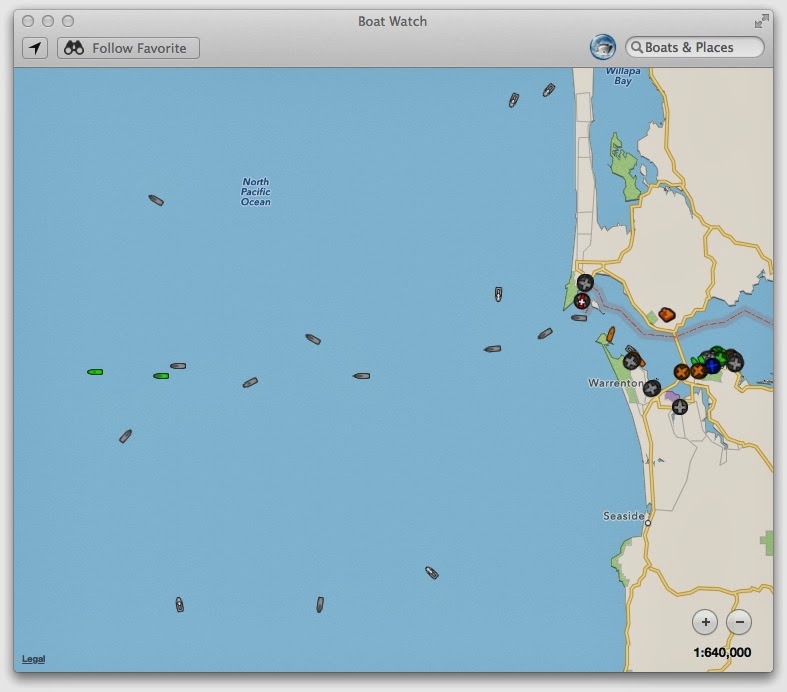 The boats with circles on are at anchor.   Here's another screen shot of San Francisco.  In this screen shot you actually see the velocity vectors of each ship underway. 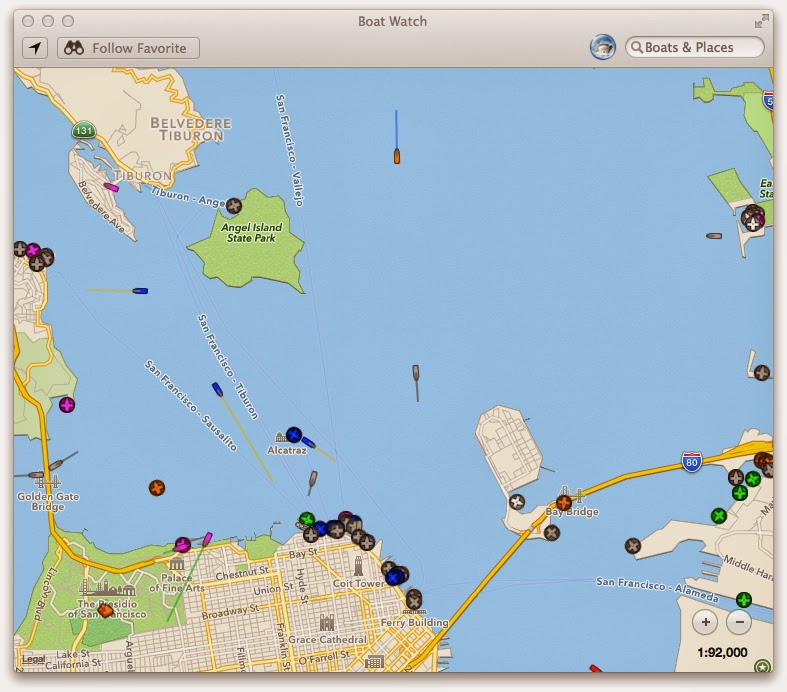 Boat Watch is a nice app to watch while you're sitting in a window less cubical, wishing you were out on the water underway.   I can at least dream about voyaging through the eyes of others.