Yesterday looking out from my home office window I noticed a woman skiing on the street.  Not unusual for some parts of the world but uncharacteristic winter weather for us.  It rarely snows in Portland, and when it does the entire city shuts down. 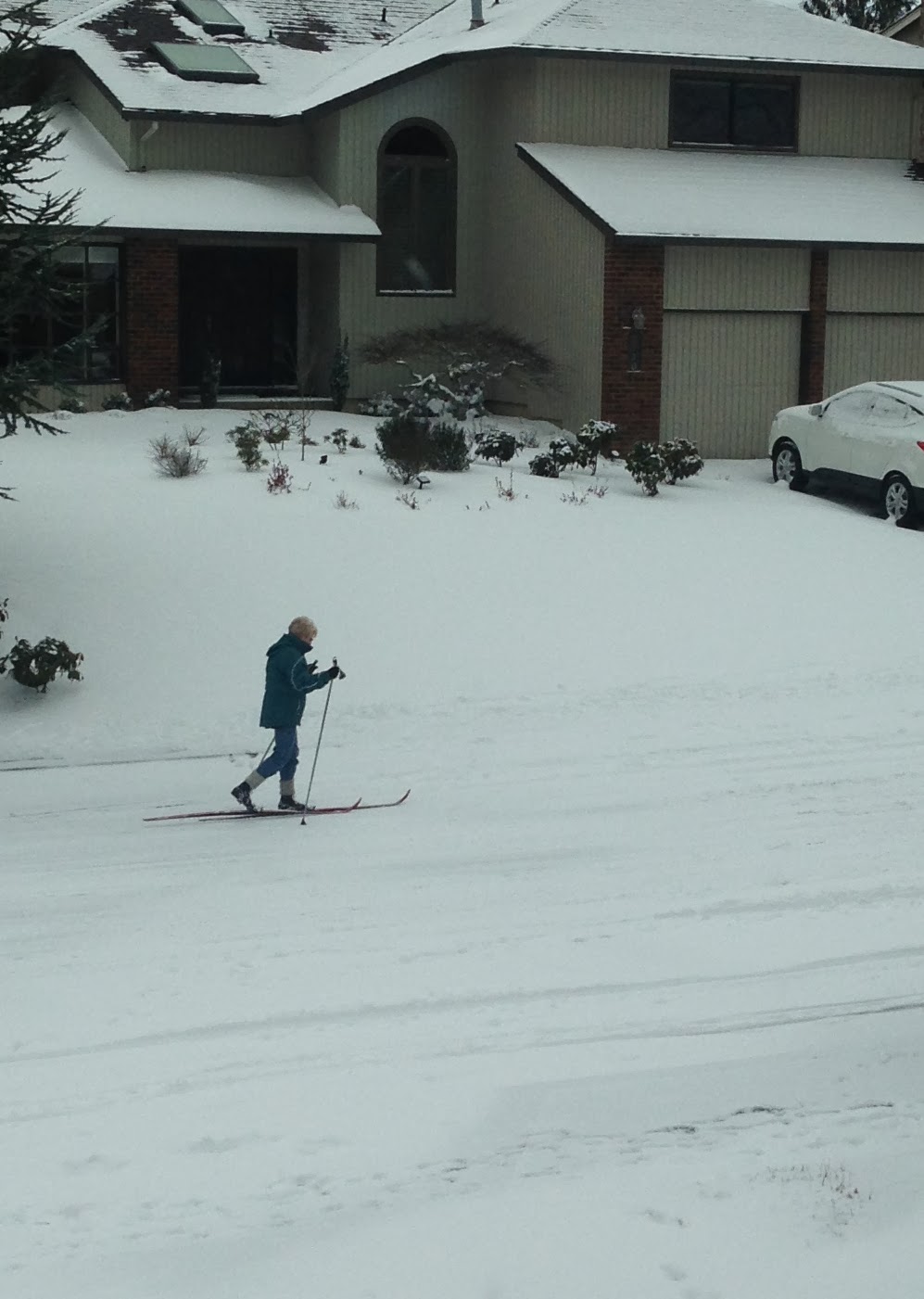 My good friend Jim from S/V Ranidan emailed last night saying he was going to brave the weather and go out the marina.  He graciously asked if I'd like to join him.

When we got to the marina, the scene was from something out of the TV show Deadliest Catch. The marina had frozen over with one to two inch thick ice surrounding every boat in the marina.  Hefty amounts of snow burden most of the boat causing them to lay lower in the water, except of course S/V Ranidan. 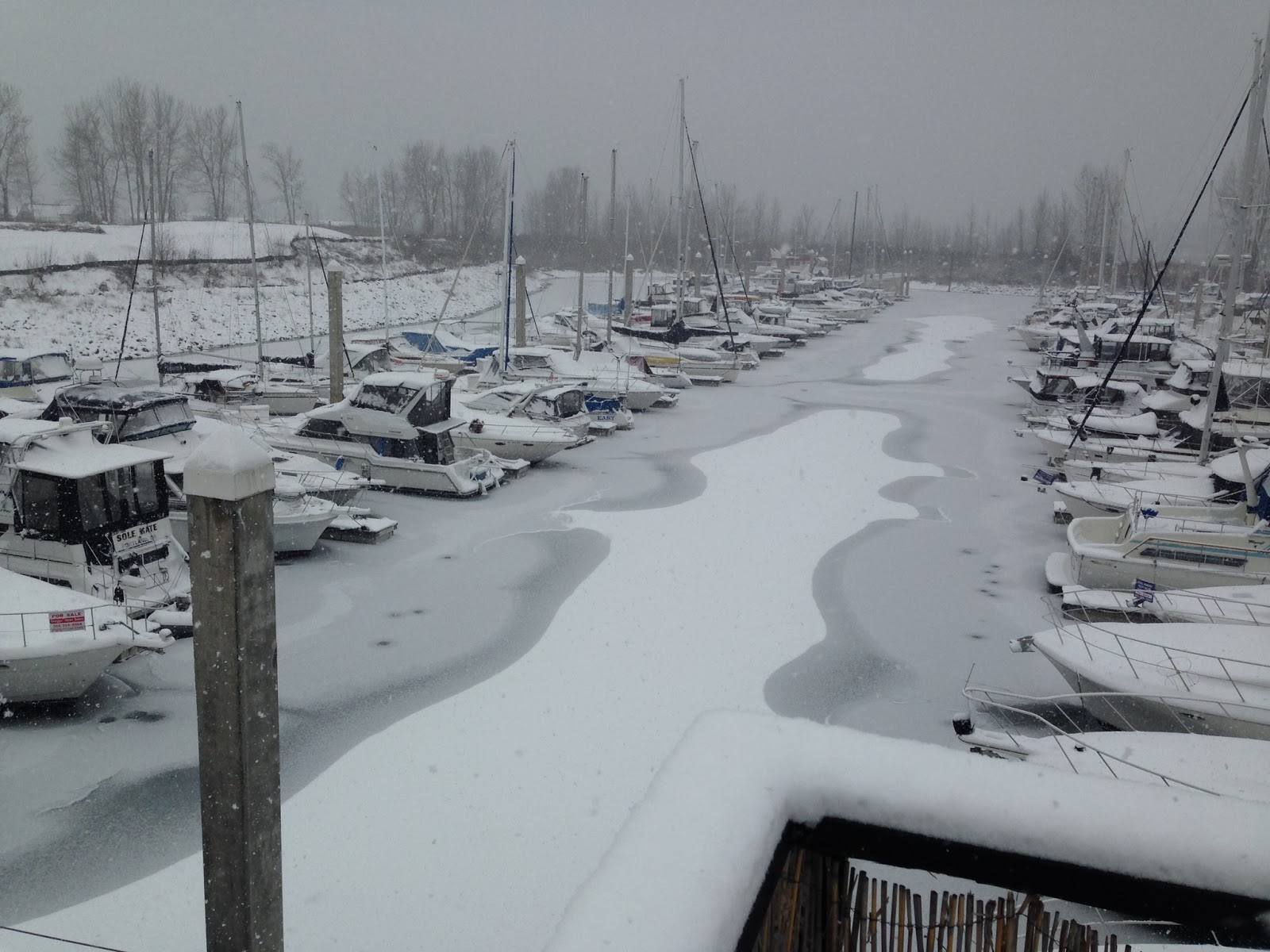 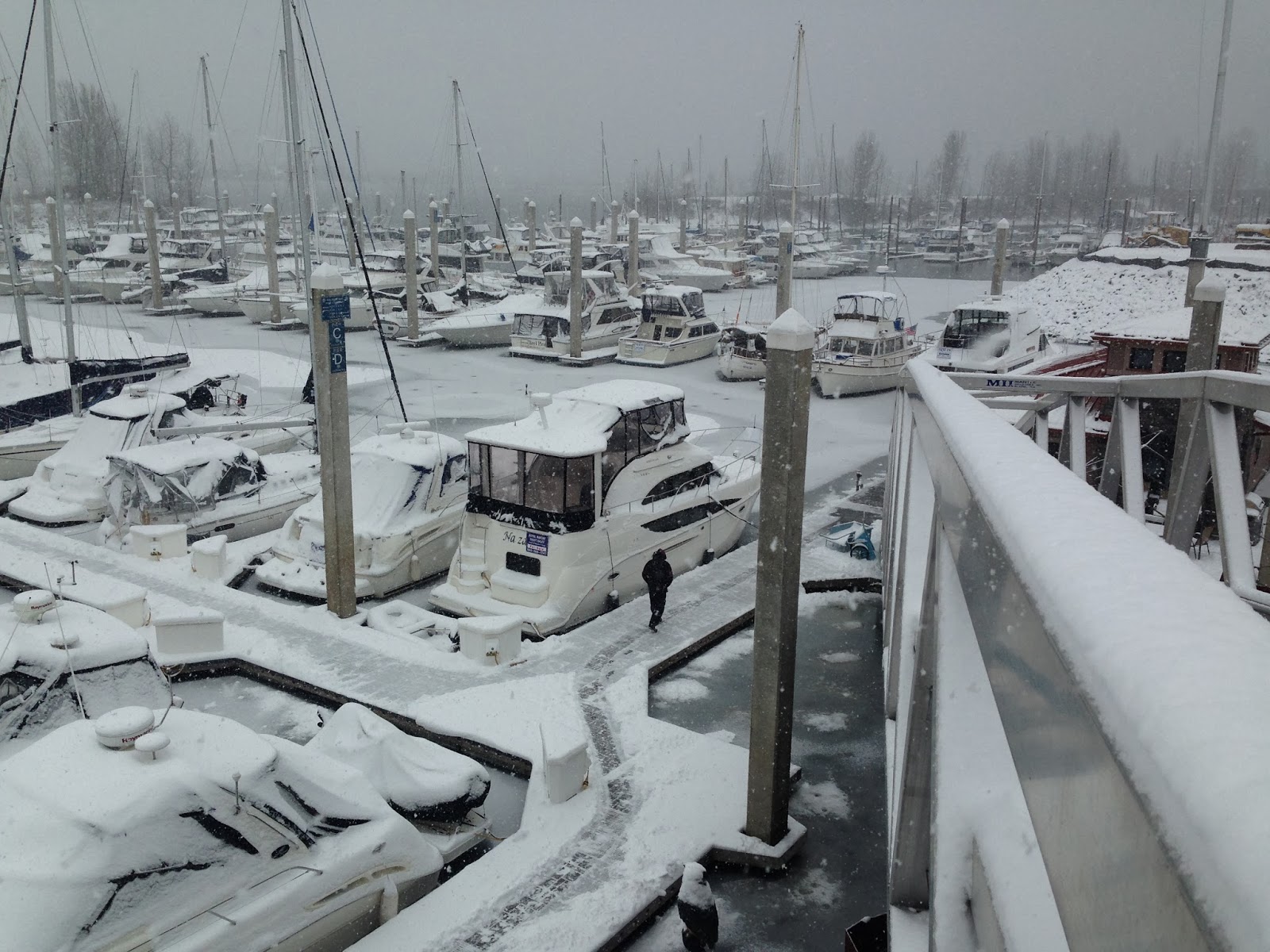 Ranidan sat higher up out of the water then usual.  Jim came to the conclusion it was due to the density of colder water increasing.  I think it was because he had a really nice Sunbrella Boat cover that kept most of the snow off his boat, while everyone else's was laden with snow and ice. 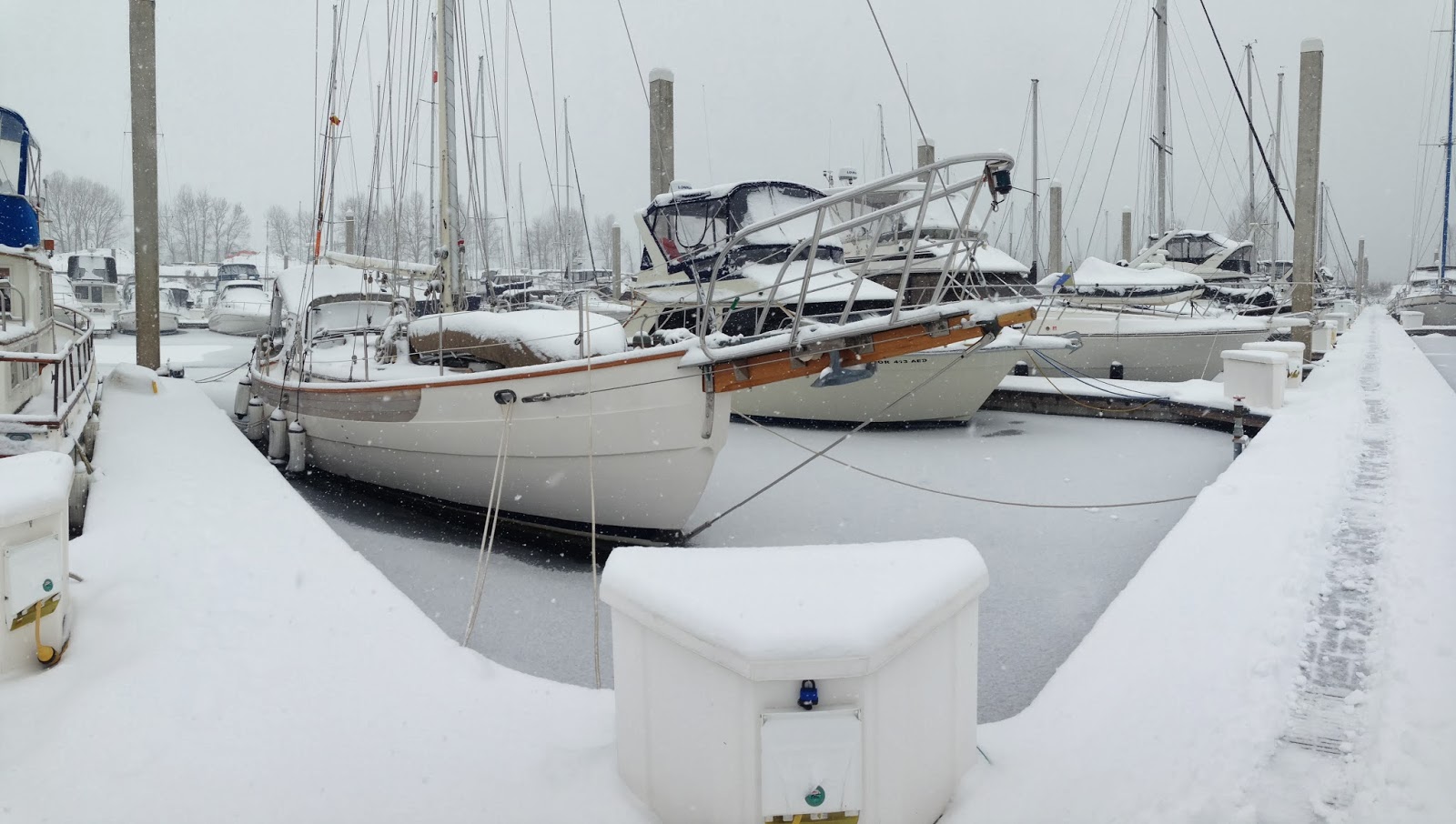 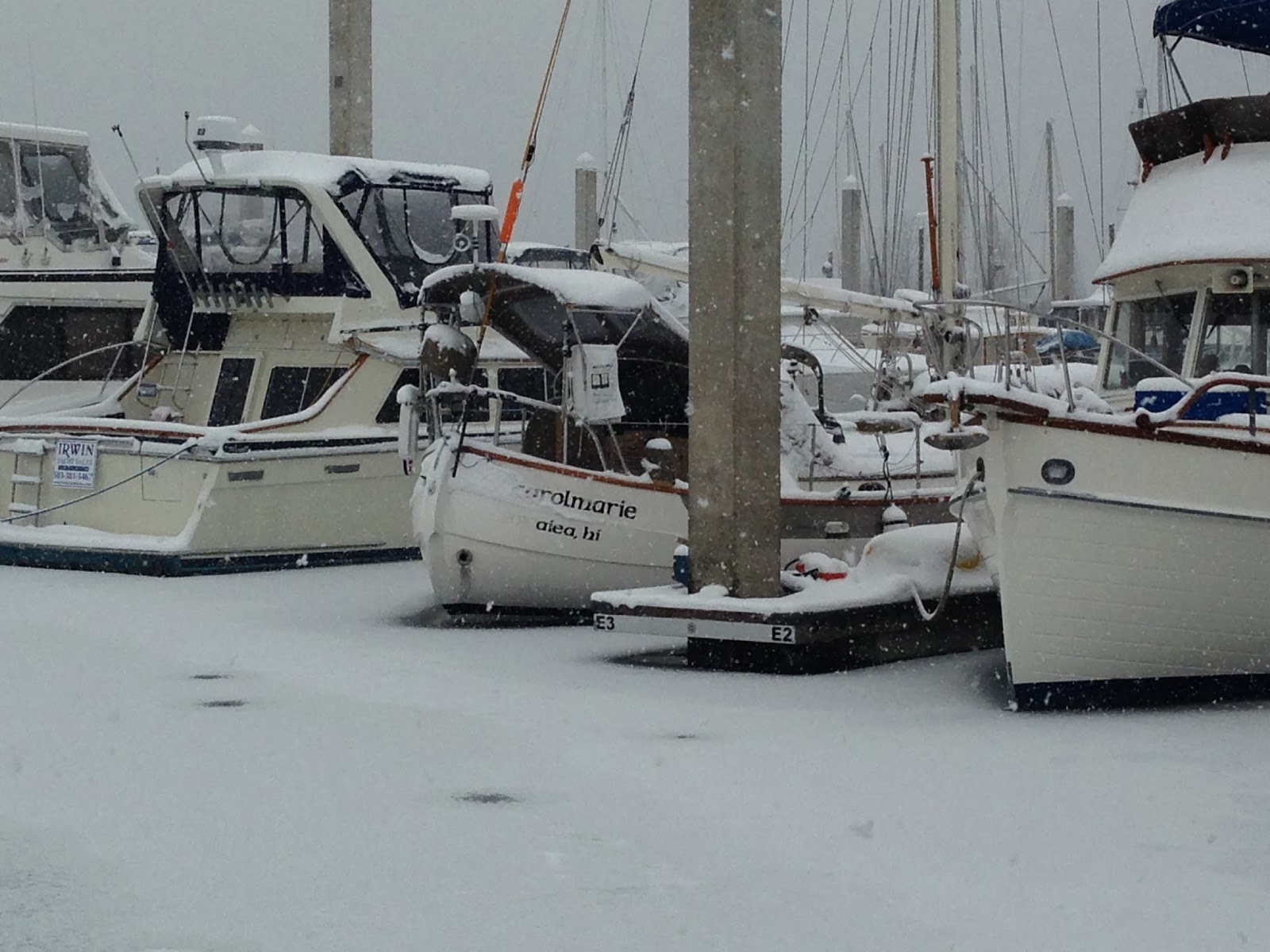 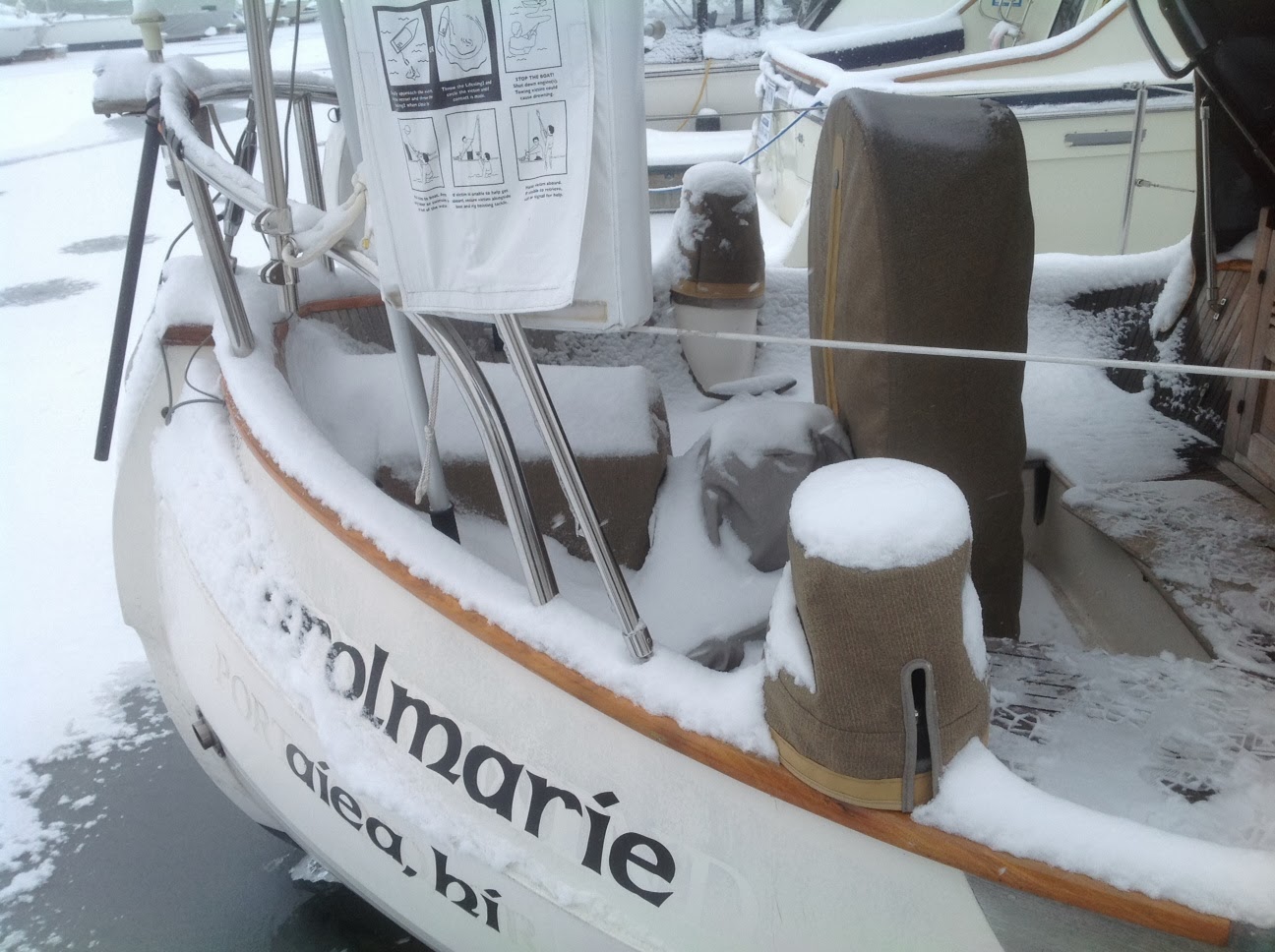 Ice and packed snow had blocked the scuppers, which needed to be clean out as well. So off to work I went, shoveling the snow off the boat. 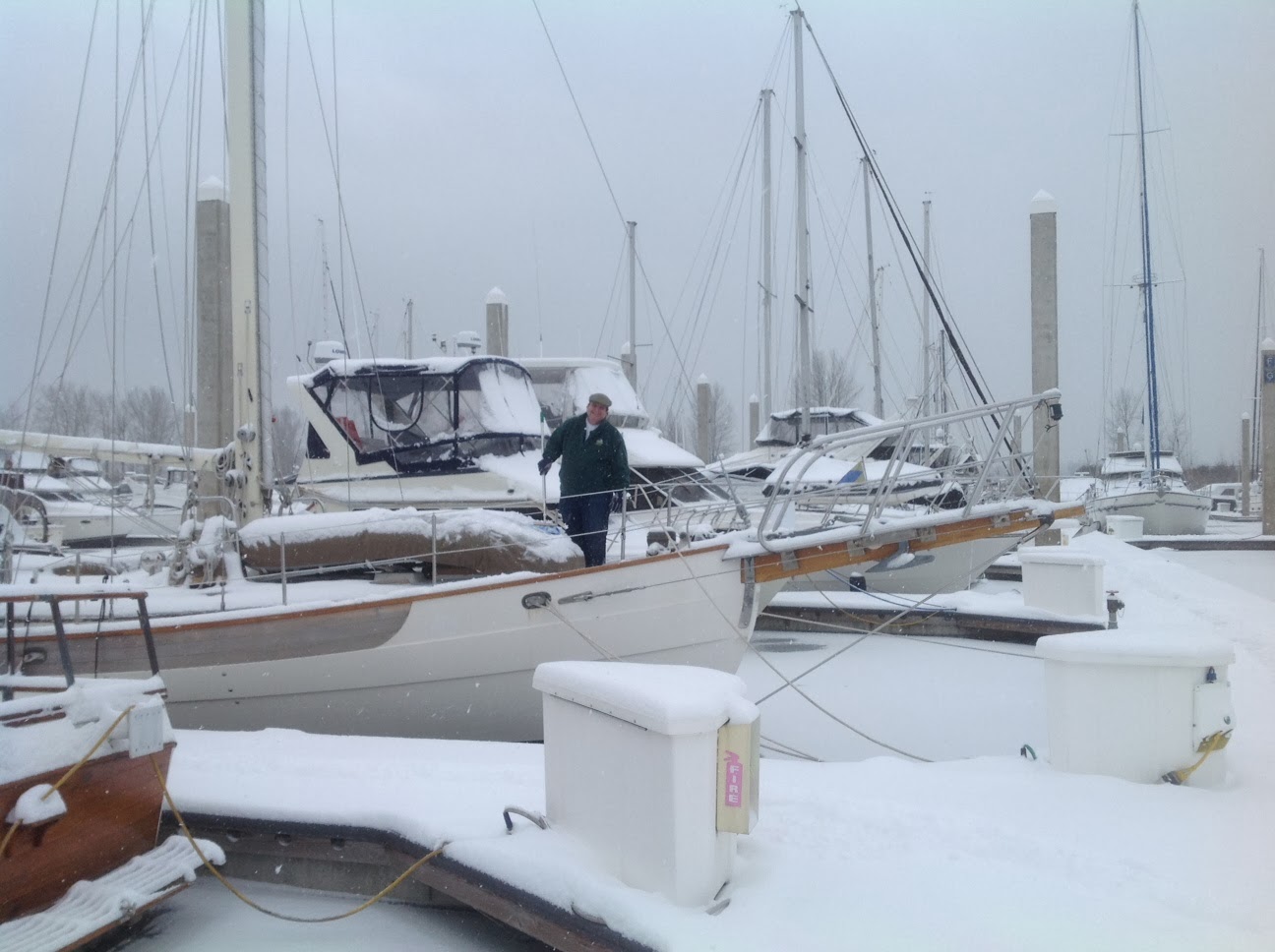